What can Van Gogh teach us…? 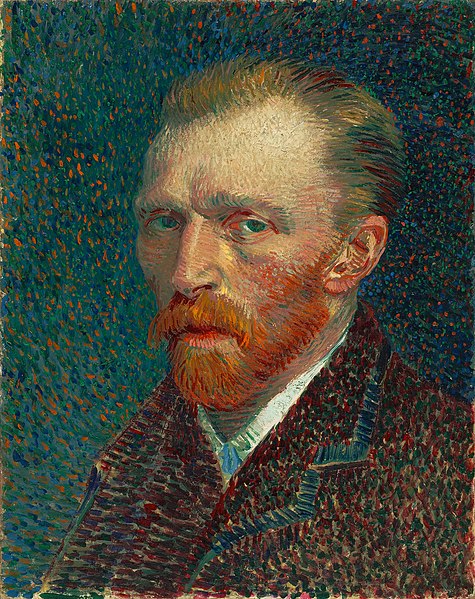 Last weekend my wife and I went to the Denver Art Museum to see the “Becoming Van Gogh” exhibition. In short: Amazing! We got one of those Ipod-like audio tour devices and around we went. Funny how someone totally addicted to personal development and marketing could get some related insights during an art exhibit. That’s me!

While walking around, listening to the audio program and gazing at some wonderful paintings I pulled up my iPhone and wrote down some quotes I collected and thoughts and insights I had so I could share them here with you. Here they are:

Although Van Gogh had a lot of influence from different famous artists, he never wanted to be like them. He was always truthful to who he really was at his core. While famous artists where painting rich and famous people or different gods, Van Gogh focused on peasants or people doing hard hand-labor work. His uniqueness payed off. By being different and unique – despite criticism from others – he remained truthful to his values and developed his own style and technique. Most people are “wannabes” or “copycats”. If you look at the most successful companies today – from Facebook to Apple – they succeeded because they learned how to use their uniqueness as their main strength. It was good then and it is still good now. The world would be a very boring place if we were all the same. Be yourself, ignore the naysayers and use your uniqueness as your most valuable asset.

Vincent (as he would sign his paintings) was a self-thought artist. He failed at different jobs including a minister’s assistant and a supply teachers at a boarding school. He learned how to draw and paint by reading manuals, observing and networking with other artists, a few of his friends and corresponding by letters with his brother Theo (who worked at an art gallery in Paris). His drawings and paintings initially were not good at all. With a lot of practice and persistence he gradually improved his skills until he mastered it. Here is a quote from him:“Success is sometimes the outcome of a whole string of failures.” There is a point beyond what meets the eye here that I would like to make. We were trained (for obvious reasons) to accept nothing else but a good outcome, however that is not what happens in business, specially in marketing. Marketing fascinates me because it is dynamic. It involves a variety of disciplines (copy-writing, customer psychology, design and finance to name a few) and have different moving parts that need to be perfectly synchronized requiring constant adjustment. Van Gogh did not start drawing expecting to become a master painter overnight. When implementing your marketing strategies, think of Vincent Van Gogh and keep in mind that it will take a few attempts before you get all the parts in sync. Remind yourself that in marketing there is no failure, just testing. Make your adjustments and keep pushing forward.

Van Gogh was an eternal student. While reading manuals and observing other artists he would capture ideas, concepts and techniques and then implement them on his paintings. No, he did not copy other artists. That would be a fatal mistake. He did then what in marketing we now call “Swipe and Deploy”. Which means that you would get an idea from somewhere, adapt it to your reality and implement it. Here is an example. Take your time and observe the paintings below. Van Gogh had a lot of Japanese influence. On the left you see the painting that he used as an inspiration for “La Roubine du Roi” (on the right) where he portrayed the scene of a river, with boats, people on the margins, and the  landscape further up the river. He even used the same perspective, where he was “looking from the top. ” Although the concepts are almost identical, the paintings are very different.

Keep an eye on advertisements, videos, articles and websites you come across. You will be surprised by what you can successfully make it your own. And don’t get limited by the thought that “my business is different”. Your best ideas will come from other businesses not related to what you do. Rumor has it that Mc Donalds’ drive-thru was inspired by the same system first used by banks (or vice-verse

Vincent Van Gogh died at age 37 and his paintings became famous (and wildly valuable)postmortem. It is not clear if he committed suicide or was accidentally shot outside a hospital in France where he was recovering from one of his many admissions. Regardless of his cause of death, I couldn’t help but wonder two things: What would have happened to him (and us) should he have not decided to follow his passion? What would have happened to him should he have not died so young? Most people bury their dreams and passions under layers of fear of failure or simply of looking bad only to “wake up” decades later regretting they should have been bolder… I will leave you with one question: How would you feel if today was your last day?

What is Spooking Your Patients?!

What is Spooking Your Patients?!